CLEVELAND, Ohio – Ohio has yet to regain at least 120,000 jobs it lost since the recession began more than six years ago.

When the national unemployment numbers for May were released last month, they were accompanied by a certain degree of fanfare. The U.S. economy had recovered the jobs it had lost since the recession officially began in December 2007. Ohio’s jobs report for May, released two weeks later, wasn’t as eventful.

COLUMBUS – A report recently published by the Akron Beacon Journal revealed disturbing details surrounding the operation of a chain of 19 publicly funded Ohio charter schools.  The Horizon and Noble Academies were founded by Turkish immigrants and operate under the ‘Concept Schools’ name.  The Akron Beacon Journal report questions the facts that the schools in Ohio were allowed to “hire 325 educators almost exclusively from Turkey” and that “as early as 2002, state audits found thousands of public dollars ‘illegally expended’ to finance the U.S. citizenship process for Turkish employees”.  The report also highlighted another early state audit found “as many as 20 percent of teachers at one school were not licensed”.

CINCINNATI – Data released just before the July 4th holiday revealed that the backlog of untested rape kits sitting in the Attorney General’s Office has grown for the ninth straight month and now stands at a record high of 3,893 untested kits. Thousands more kits from around the state have yet to be submitted to the Attorney General for testing. 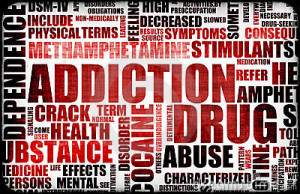 Today, Governor Kasich will tout his efforts to improve higher education and job opportunities for Ohio’s veterans at a bill signing at the University of Cincinnati. Here’s why that’s just pure electioneering: in his first state budget, Governor Kasich proposed weakening access to state jobs for veterans, and sought to cut funding for thirteen different veteran organizations.