Minority Leader – Representative C. Allison Russo – District 24. The Minority Leader is elected by all members of the House to lead the party in the minority and is responsible for the development and implementation of the legislation of the caucus agenda. 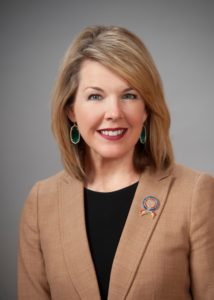 State Representative Allison Russo is currently serving her second term in the Ohio House of Representatives representing House District 24, which includes portions of Columbus and its western suburbs. She also serves as the Minority Leader for the Ohio House Democratic Caucus.  Prior to being elected Minority Leader, Leader Russo served as the Ranking Member on Health Committee.  She also served as a member on the Joint Medicaid Oversight Committee, Finance Committee, Finance Health and Human Services Subcommittee, and Families, Aging and Human Services Committee. Additionally, Leader Russo was the Co-Chair of the bipartisan Legislative Children’s Caucus and Policy Chair of the Democratic Women’s Caucus.  Currently, Leader Russo is the Ranking Member for both the Ohio Redistricting Commission and the House Rules and Reference Committee.  She also serves on the Joint Legislative Ethics Committee (JLEC), the Legislative Service Commission (LSC), as well as the State Council on Educational Opportunity for Military Children.

Leader Russo brings a practical approach and evidence-based solutions to the critical issues facing Ohio, introducing several pieces of important legislation that address health care access, the protection of public health and safety, and the financial security of family caregivers and aging adults. During her time in the Ohio General Assembly, Leader Russo has worked to adequately fund Ohio’s public schools, support economic strategies that sustain working families and vibrant communities, and prioritize innovative solutions in healthcare that increase access and make it affordable for all Ohioans.

In her professional career, Leader Russo is a public health policy consultant and has spent more than two decades advising government leaders and policymakers on issues related to the healthcare financing and care delivery needs of seniors, vulnerable populations, Veterans, and military families. Leader Russo is also a passionate advocate for women and families and is involved in many local civic and service organizations in her community.

Minority Leader Russo holds a doctoral degree in health policy from The George Washington University and a master’s degree in public health epidemiology from the University of Alabama at Birmingham. She lives in Upper Arlington with her husband and their three young children. 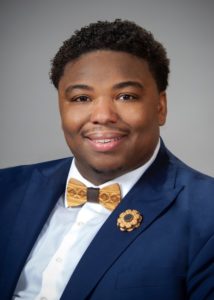 Growing up in the Hough neighborhood of Cleveland, Jarrells saw firsthand the impact a lack of real investment and opportunity has on a community, and after nearly a decade fighting for disadvantaged and marginalized communities in Central Ohio, Rep. Jarrells is committed to reframing the debate in the Statehouse to focus on growing opportunity for all Ohioans not just those at the top.

Jarrells is prioritizing legislation to raise wages, invest in job training and make it easier for Ohioans, especially those in minority and immigrant communities, to start, grow and sustain a business.

A longtime advocate for building better communities. Rep. Jarrells is working together on commonsense legislation to make Ohio a better place to live, work, go to school, start a business or raise a family, including the Ohio Fairness Act, a number of community policing initiatives and measures to improve care and supports for individuals with mental illness and addiction and those experiencing homelessness.

Rep. Jarrells’ previously held positions at the Ohio House during the 129th General Assembly, where he assisted in the fight of the anti-union Senate Bill 5. He has also fought to expand health care access in his roles at the Ohio Association of County Behavioral Health Authorities and Ohio Department of Mental Health and Addiction Services. In addition, he has served as Political Director for a statewide executive office race and most recently served as Chief of Communications at the Franklin County Treasurer’s Office.

Rep. Jarrells graduated from East Technical High School in Cleveland and earned a degree from Hiram College in Northeast Ohio.

Minority Whip – Representative Jessica Miranda – District 28. The Minority Whip is elected by all members of the House and is responsible for monitoring legislation and securing votes for legislation on the floor. The term ‘Whip’ originated in the Parliament of the United Kingdom and is derived from the ‘whipper-in” at a fox hunt. 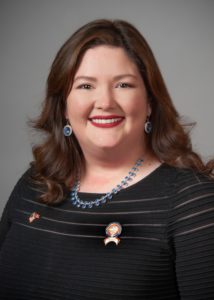 State Rep. Jessica Miranda is a lifelong Ohioan and has a passion for education policy and greater economic opportunity for the taxpayers and families of Ohio’s 28th House District, which includes a portion of Hamilton County. A graduate of Talawanda High School, she is a proud product of public schools and her children attend the Winton Woods City School District.

Jessica believes government has the responsibility to create quality of life standards under which job creation can flourish. She knows job opportunities will prosper only if we create and maintain an educated workforce, improve infrastructure and transportation and increase technology access for our residents. Amid the ongoing COVID-19 pandemic, Jessica knows that prioritizing public health is essential to getting our economy to its full potential.

During her first term in the Ohio House, Jessica was proud to introduce legislation addressing a variety of issues, including a common-sense gun storage bill and a bill to support our public school counselors. Now serving in her second term, Jessica is continuing to fight for fair school funding and other legislation that makes Southwest Ohio a place where all residents can thrive.

Jessica knows that the government and elected officials work for you, the taxpayer. Being a public servant, Jessica values the importance of constituent services, as her office works diligently to assist with a wide range of state-related issues.

Jessica is an award-winning Licensed Property & Casualty Insurance Broker and holds numerous IRS certifications. Jessica is also the past president of the Winton Woods City School Board, where she worked to improve standards for attendance, curriculum and fiscal responsibility. With her extensive experience in the private sector and working to improve our public schools, Jessica brings a valuable perspective to the policy-making process in Columbus.

Jessica and her husband, Jose, are the parents of three daughters, homeowners and committed entrepreneurs in the City of Forest Park dedicated to building a stronger and more prosperous community.

As a former Teamster and daughter of UAW worker, state Rep. Tavia Galonski (D-Akron) knows the importance of rewarding hard work and putting family first. From the creation of new, better-paying jobs to fully funding our schools and protecting our children, Galonski is focused on using her legal expertise and work experience to address the biggest challenges facing the state and improve the quality of life for residents of the 35th House district. 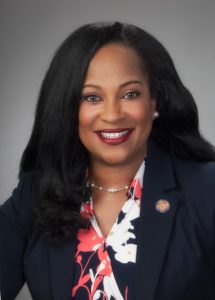 Galonski received her Bachelor of Science in Psychology from Emory University in Atlanta, where she became employed with Delta Airlines as a flight attendant. Her goal at Delta was for flight attendants to be unionized like pilots, as she noticed the pilots were able to negotiate as a unit for fair and just workplace agreements.

In addition to her extensive background in public service, policy and legal issues, Galonski is also a member of Leadership Akron, The University of Akron School of Law Alumni Association, the Barristers and the Ohio State Bar Association. She was appointed to serve as the juvenile court representative for the Summit County Fatherhood Initiative, which earned her the 2014 Ohio Fatherhood Center Achievement Award.

She is married to Summit County Chief Assistant Prosecutor John Galonski.  The Galonskis have a son, a daughter and a grandson. 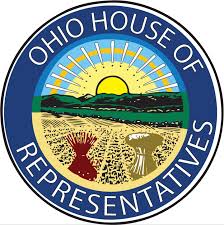