Both brothers had worked for the National Security Council and are decorated Iraq War Veterans. Lt. Colonel Alexandar is a Ukraine expert on the N.S.C. while Lt. Colonel Yevgeny is an attorney. Both brothers will be returning back to the Defense Department for reassignment.

Hours later, Ambassador Gordon Sondland was fired by Trump. Sondland stated he was advised that Trump intended to recall him effective immediately as the United State Ambassador to the European Union.

Secretary of Defense Mark Esper assured the public during a press conference that retaliation by anyone against any military personnel would not be tolerated. His position was also provided in writing by the department. And what has Secretary Esper said in response to the Vindman Brothers firings? Chirp. Chirp. Not a peep.

Senator Rob Portman (R-OH), Senator Susan Collins (R-ME), Senator Lamar Alexander (R-TN) all stated that Trump had ‘learned his lesson’ after being acquitted by Senate Republicans in a sham trial that did not include any witnesses nor documents for the first time ever in any impeachment proceedings. All GOP Senators own this travesty of two Iraq veterans being unceremoniously removed from White House grounds – one for the telling the truth and one for being his brother.

Who of the Republican Senate will stand up to Trump, stand up for the Vindman Brothers and stand up for righting what is apparently wrong – a White House out of control with no checks and balances? We know Senator Portman will not have the fortitude nor the spine to do so. 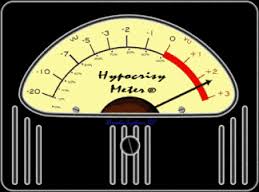