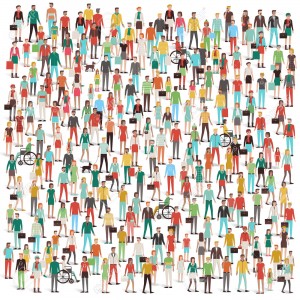 An organic, grassroots effort, the Women’s March On Washington may be the largest mass movement yet that America has seen in response to any presidential inauguration — about 60,000 people protested Richard Nixon’s 1973 inauguration at the height of the Vietnam War while thousands protested George W. Bush’s 2001 inauguration. More than 100,000 women and men have committed to attending!