In another 4-3 decision, the Ohio Supreme Court rejected the congressional district map by returning it to the Ohio General Assembly, where Republicans hold supermajorities in both chambers, and then to the Ohio Redistricting Commission. The two bodies have a combined 60 days to draw new lines that comply with a 2018 constitutional amendment voted overwhelmingly by Ohioans against gerrymandering. Another victory for all Ohioans and voter rights advocates!

On January 12th, the Ohio Supreme Court rejected the State Senate and House district maps. Thus, the Ohio Redistricting Commission was already in the process of reassembling so it can redraw GOP-drawn legislative maps the court stated were gerrymandered and unconstitutional. With that decision, the court gave the commission 10 days to comply.

With the Primary scheduled for Tuesday, May 3, 2022, there is now a question as to whether the election may be moved back to accommodate the redrawing of all three maps. 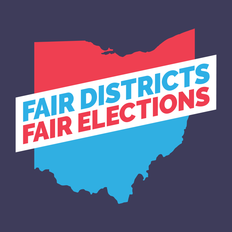