Read State Representative Kathleen Clyde’s (D-75th District/Kent) op ed that ran in the Akron Beacon Journal over the weekend with her closing argument for why Ohio’s Secretary of State Jon Husted should stop waiting around for the legislature and just switch on online voter registration in Ohio NOW. That way we’ll have plenty of time for easier registration before the November general election. Please share this op ed with your social networks by using the hashtag #SwitchItOnJohn.

Back in 2002, there were no smartphones or iPhones yet. Friends was still on TV. Men in Black and Austin Powers were in the movie theaters. And Arizona was the first state to adopt online voter registration. Fourteen years later, 31 other states and the District of Columbia have enacted online voter registration, but Ohio is not one of them. We still make our list of voters the old-fashioned, messy, error-prone way: with paper, pens, mail and staff laboriously typing it all into a county database.

Four years ago, before the 2012 presidential election, Secretary of State Jon Husted began offering online voter registration, but he only made it available for address updates by those who are already registered to vote. I’ve urged him many times to open the system to all Ohioans — including new registrants.

The benefits of online voter registration are huge. They include greater accessibility for voters, convenience for election officials, cost-savings, greater speed and accuracy in processing, and the ability to link to this system from every government website.

So when Secretary Husted recently came to testify in my House committee, I again urged him to switch it on for all Ohioans. But he said no, claiming that he did not have the authority to give everyone online registration because he needed a new law to transfer a signature from the Bureau of Motor Vehicles. Yet this argument rings hollow because signatures are required for voter registration updates which the secretary currently allows to be done online.

In addition, Secretary Husted could accept signatures in multiple other ways. Delaware, for example, allows voters to provide their signature through the BMV, by signing a tablet computer screen or by sending a photo of the signature. And, finally, allowing online voter registration is not the kind of action that requires new legislation. Several states that have implemented or enacted online voter registration have done so without new legislation — including our close neighbor Pennsylvania.

Of course, if we want to continue to live with the current problems in an outdated system, we could wait for new legislation. And I have indicated that I would support legislative action if it was done expeditiously. But the legislature, like the secretary, has been dragging its feet on this issue without any real reason.

So at this point it is simply irresponsible for Secretary Husted to wait for the legislature to pass a law that is not needed in order to switch on online voter registration that is exactly what Ohio needs. There is too much at stake.

In this presidential election year, Ohio will once again face intense scrutiny regarding its voting system. So it is especially important that we in Ohio make sure that we are at the forefront of effective, efficient and inclusive election reform and not at the bottom of the ladder.

Secretary Husted could switch on online voter registration for Ohio, joining 31 other states and the District of Columbia. And with that one switch he could move Ohio into the modern era. It is the responsible and lawful thing to do.

Sometimes it is fun to think back. Reruns of Friends are still great to watch and Men in Black and Austin Powers still make us laugh. But there is nothing nostalgic in re-running old election errors. On that issue, it is time for us to think forward.

Secretary Husted should Switch It On for all Ohioans.

Clyde represents the 75th District in the Ohio House.
The district covers Kent, Ravenna and the rest of southern Portage County. 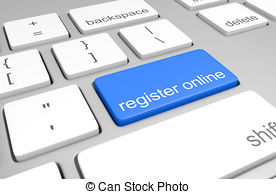