Governor Kasich maintained his silence on the 5,000 projected lay-offs in Ohio this year at his press conference yesterday. One possible explanation: while in Congress, John Kasich voted against a bill to require employers to give workers 60 days notice of impending lay-offs.  The bill, known as the the Worker Adjustment and Retraining Notification Act (WARN), was passed into law in 1988 despite Kasich’s opposition.

“When given the chance to stand up for workers Congressman Kasich didn’t.  He opposed the simplest of measures, giving workers 60 days notice prior to their lay-off. So flash foward and it is not surprising that years later he continues to  ignore those workers and communities suffering acute job loss. John Kasich has said close to nothing about the 5,000 Ohio jobs that are at risk this year. Ohioans deserve answers from the Governor and there’s no better time than at his bill signing ceremony today.” 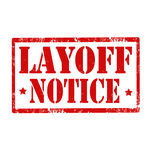