Editorial By:  Brent Larkin was The Plain Dealer’s editorial director from 1991 until his retirement in 2009.  Photo at left:  Akron businessman David Brennan, founder of White Hat Management, with his trademark white hat – The Plain Dealer File Photo.

Given a choice between siding with what’s best for taxpayers or contributors, Ohio’s Republican-run House will almost always choose the latter.

When it comes to consistently selling out their constituents, House Speaker Bill Batchelder and his crew have no peers. Rare is the occasion when good government bests a good-sized check.

The working poor, the ill, gays, women, people who prefer to breathe clean air — none of them have a chance on Batchelder’s playground. When big oil objected to a tiny tax in return for extracting gas worth billions from Ohio’s soil, Batchelder instantly dropped his support for the tax, seemingly not the least bit bothered about betraying Gov. John Kasich in the process.

But the House’s latest sellout may be its most shameful yet — targeting Ohio’s young adults, the ones who lack, but desperately need, a high school diploma.

Instead of following a thoughtful plan advanced by Kasich to lower Ohio’s alarming dropout rate, the House opted for one that would reward a donor who, with family members, has poured more than $4 million into the coffers of Republican candidates in Ohio during the last decade – more than $100,000 of it to Batchelder.

Here’s how and why the sellout happened:

Like most states, Ohio has a dropout problem. About a million Ohio adults lack a high school diploma.

Rather than repeatedly sending young people back to the schools they left in the first place, Kasich proposed spending up to $5 million, or $5,000 per student, so community colleges and job-training schools could work with dropouts on earning a diploma. Not only do these schools have a record of doing a far better job than most charter schools aimed at dropouts in steering dropouts towards a diploma, but graduation also usually comes with accreditation in one or more job skills.

As Kasich’s top education adviser, state Superintendent Richard Ross, told a House committee, “Instead of going back to a high school, a place that has already failed them, an adult can move on to a community or technical college to get a high school diploma.”

Among the schools that, to use Ross’ words, have “already failed” these young people were the for-profit charter schools that target dropouts – many of them run by White Hat Management. White Hat is owned by the GOP’s $4 million man, Akron’s David Brennan.

As The Akron Beacon Journal noted in a May 31 editorial, Brennan’s White Hat schools have a record of “making things worse, not better” in the struggle to lower Ohio’s dropout rate. The staunchly Republican Columbus Dispatch has also complained about the “chronic poor performance” of Brennan’s schools.

Despite White Hat’s pathetic record, when the bill containing Kasich’s dropout initiative reached the House in late May, the House added language that would also allow dropout-recovery programs run by charter schools to recruit and enroll dropouts under the new initiative. To borrow from the state superintendent of education’s words, the House approved paying White Hat and other schools $5,000 per student to attend schools that have “already failed” those students.

Recognizing this as a total scam, the Ohio Senate removed that language from the bill. Unfortunately, when legislators met to reconcile the differences, the House version resurfaced.

On June 4, the legislature sent Kasich the bill – complete with the payoff to White Hat. A decision from the governor is imminent, but he’d be wise to follow the advice of an editorial published June 10 in The Plain Dealer and on cleveland.com and line-item-veto the gift to Brennan. If Kasich capitulates and signs the measure, it will be a direct repudiation of his hand-picked education boss.

Three years ago, a news media firestorm forced Batchelder to retreat from a scheme to hand Brennan an even more generous gift – one that would have thrown a million more tax dollars at Brennan’s schools, while relaxing oversight requirements.

This time, Batchelder and his House cronies stood their ground.

Absent intervention by the governor, Brennan’s crappy charters will now make even more money. Young Ohioans will return to schools that have “already failed them.” When they do, many or most will fail again.

And you’re picking up the tab. 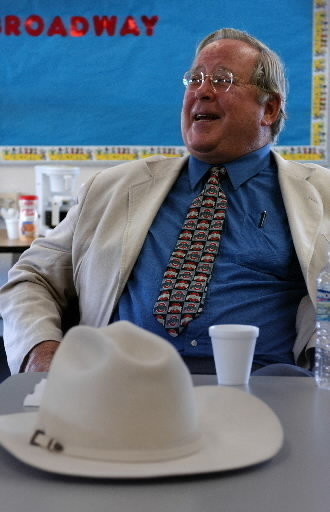