What impeachment is and
how the process works

Impeachment is a constitutional process under which an elected official, including the president, is charged with an offense or offenses warranting removal from office. To impeach is a term meaning to charge or to accuse, and articles of impeachment are, in effect, an indictment.

Unlike other elected officials, who can be charged with crimes and removed from office if convicted in a court, a president cannot be charged with a criminal offense under current Department of Justice guidelines, something Democrats have argued should be changed through legislation.

What are impeachable offenses?

Impeachment and its potential repercussions are described in Article II, Section 4 of the U.S. Constitution: “The President, Vice President and all civil officers of the United States, shall be removed from office on impeachment for, and conviction of, treason, bribery, or other high crimes and misdemeanors.”

Generally, legal scholars say, high crimes and misdemeanors can be anything that the House determines rises to the level of abuse of office or violation of public trust. In 1970, then-congressman and future president, Gerald Ford, said: “An impeachable offense is whatever a majority of the House of Representatives considers it to be at a given moment in history.”

What is the impeachment process?

House vote: The power to impeach rests with the House of Representatives under Article I, Section 2, Clause 5. There is no defined procedure for impeachment, and it requires only a majority vote by the House. Any action preceding an impeachment vote, such as investigatory hearings, are up to the House to define and pursue. In recent times, that responsibility has fallen to the House Judiciary Committee after the House passed a resolution authorizing the panel to begin an investigation.

Senate trial: If the House votes to impeach a president, it is then up to the Senate to try the case.

The Senate, over the years, has developed its own rules for handling impeachments, including the appointment of a small number of senators to operate as a trial committee to gather evidence and take testimony.

What happens when an official is impeached?

The penalty: The only penalty of conviction is removal from office “and disqualification to hold and enjoy any Office of honor, Trust or Profit under the United States.”

The removed official, however, still can also be charged and tried in a court of law.

Past impeachment outcomes: Since the Constitution was ratified in 1790, the House has impeached 19 federal officials, including two presidents: Andrew Johnson (1868) and Bill Clinton (1998).

Both Johnson and Clinton were acquitted. Of the other officials, eight (all judges) were convicted, and seven were acquitted. Four did not go to trial: Three resigned and one was removed from office after impeachment.

Richard Nixon resigned as president in August 1974, after the House Judiciary Committee drew up three articles of impeachment but before the full House could vote on them.

A look at past impeachment proceedings
and how they’ve ended

Donald Trump joins a small group of fellow presidents now that he’s the subject of an official impeachment inquiry in the House of Representatives. Only three of his predecessors underwent similar proceedings: Andrew Johnson and Bill Clinton, who were acquitted after trials in the Senate, and Richard Nixon, who resigned to avoid being impeached in connection with the Watergate scandal.

The rarely used procedure is spelled out in Article II, Section 4 of the Constitution, which stipulates that the president and other officers of government “shall be removed from office on impeachment for, and conviction of, treason, bribery, or other high crimes and misdemeanors.”

The first step toward impeachment is taken by the House, which debates and votes on whether to bring charges. This can be done by a simple majority of the House’s 435 members.

If the House adopts an impeachment resolution, the Senate then holds a trial, with the chief justice of the U.S. Supreme Court presiding. A two-thirds majority vote is required in the Senate to convict and remove a president — an outcome that has yet to occur.

Only 20 government officers in all, including Johnson and Clinton, have been impeached, and only eight of them, all federal judges with lifetime tenure, have been convicted and removed from office.

A brief look at past presidential impeachment proceedings:

The Republican-controlled House voted in October 1998 to begin impeachment proceedings against Clinton after months of controversy over his relationship with White House intern Monica Lewinsky.

Clinton was impeached on Dec. 19, 1998, on the grounds of perjury to a grand jury and obstruction of justice. A Senate trial against Clinton commenced on Jan. 7, 1999, and unfolded over four weeks, with Chief Justice William Rehnquist presiding.

On Feb. 12, the Senate voted to acquit Clinton on both charges — falling far short of the 67 votes needed to convict. Only 45 senators voted for conviction on the perjury charge, and 50 for the obstruction charge.

The House initiated an impeachment process against Nixon in February 1974, authorizing the Judiciary Committee to investigate whether grounds existed to impeach him of high crimes and misdemeanors. The charges mostly related to Watergate — shorthand for the 1972 break-in at the Democratic National Committee headquarters and the Nixon administration’s attempts to cover up its involvement.

In July 1974, the Judiciary Committee approved three articles of impeachment against Nixon — for obstruction of justice, abuse of power and contempt of Congress.

Before the full House could vote on the articles of impeachment, a previously undisclosed audio tape was released that made clear Nixon had a role in the cover-up. He resigned from office on Aug. 9, 1974.

Johnson’s impeachment in 1868 was the culmination of a bitter dispute between the president and the Republican-controlled House over Reconstruction following the Civil War.

The specific trigger for impeachment was Johnson’s attempt to fire Secretary of War Edwin Stanton, who favored a tougher approach than Johnson toward the defeated South. Nine of 11 impeachment articles concerned the head of the War Department.

On May 16, after an often-stormy trial, the Senate failed to convict Johnson on one of the 11 articles, falling short of the necessary two-thirds majority by one vote. After a 10-day recess, two more votes failed by the same margin, and the trial was adjourned. 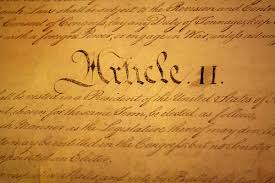