The midterms will decide more than just Ohio’s races for U.S. Senate, governor and state lawmakers. The State Board of Education in Ohio has five seats open, and with education policy emerging as a topic of discussion the past year, educators are urging more people to learn why these races are important. Check your sample ballot for names of your state board of education candidates. As a reminder: This is a non-partisan race. Thus, candidates will not have party affiliation behind their name. KNOW YOUR DEMOCRATIC CANDIDATE!

The school board is made up of 11 elected members and eight appointed by the governor. Ohio has new district maps for the board, so there are many changes this year. These elections generally do not receive much attention, but they are among the most impactful for families and educators, said Ohio Education Association President Scott DiMauro.

“We’re really focused on student success, focused on getting beyond all the craziness, the politics that we’ve seen dominate the state board over the last couple of years,” he said.

The members are responsible for what k-12 public education will look like in the state. Catherine Turcer with nonpartisan organization Common Cause Ohio said a student’s board district representative has a vote in policy-making decisions.

“There are some battles going on about what kind of materials kids should see and what is the best kind of information they should get, and what is good history and factual information and what is problematic,” Turcer said. “So we really need to have both a good school board and a good superintendent of public education.”

Some of the battles include, but are not limited to:

With only a few months before the school year began, and while more and more laws were being introduced and considered in the Statehouse regarding primary and secondary education, the shuffle inside the Department of Education has left questions on how ethical the job search was to begin with.

Dackin sat on the Board of Education prior to his February resignation to apply for the superintendent role, which he led the search for.

School board districts are supposed to be determined by “the territory of three contiguous senate districts as established in the most recent apportionment,” according to state law.

When Ohio’s district maps were decided by federal judges in May, the judges implemented the third set of maps, which had been deemed gerrymandered and unconstitutional twice by the Ohio Supreme Court.

However, the districts that had been drawn for the Board of Education were based on the second set of maps, and Gov. Mike DeWine did not update them.

The board districts are split between different school boards.

“Education is the foundation and the bedrock of a high functioning democracy, and if you want to take away people’s ability to vote with their eyes wide open, you hit them at education,” said Cynthia Peeples, founding director for Honesty for Ohio Education.

With the redrawing of new districts this year, Peeples argued that some of the new districts, like the one containing Cuyahoga County, would reduce the opportunity for Black Ohioans to be represented. But Republicans have argued that the maps had nothing to do with race.

“These counties are comprised of some of the most diverse, marginalized, and vulnerable students in the state,” she said. “These communities need full representation at the State Board of Education, not less.”

The districts are also much less compact, which is a requirement.

Controversy over redistricting and anti-racism resolution

Another controversy revolved around an anti-racism resolution. This 2020 ruling would condemn racism and make sure there was equity in opportunities for students of color.

The former Republican president of the board Laura Kohler, who also wrote the resolution, said she was asked to resign following the backlash from conservatives, and a year later, board members voted to repeal it. Eric Poklar, another member, was asked to resign.

DeWine has never commented on these resignations.

In combination with the redistricting mess, one board member in Northeast Ohio, Dr. Christina Collins, was drawn out of her district. Michelle Newman, Meryl Johnson and Dr. Antoinette Miranda would also have to face very competitive and completely different new seats.

Collins, who was drawn out of her Medina district, is now running for House District 66. Newman used to have a compact area east of Columbus and now has a large district across eastern Ohio. Johnson’s district was in Downtown Cleveland, but now she is supposed to represent rural areas in Medina, Wayne and Richland counties. Miranda also represented a more urban area in Columbus, but now it is more rural.

These four members voted against repealing the board’s anti-racism resolution. Republicans have denied any sort of political retribution.

Although candidates for the board lean conservative or progressive, they are voted on as nonpartisan candidates. This means that there is no limit to the number of candidates on the ballot. In these races, the top vote-getter wins.

One of the most important first tasks of the new board is deciding the superintendent, who manages and enacts school policies statewide.

“We just want to make sure that the best person who is really focused on the success to the students is put in that position, so we can get beyond the crazy politics of book bans and everything else and really focus on what our kids need,” DiMauro said.

Because there is no primary, voters have to wait until the candidates for the Board of Education are posted on local boards of elections websites.

This story just scratches the surface of the importance of the districts. Stories coming soon will include who the candidates are and what they stand for. 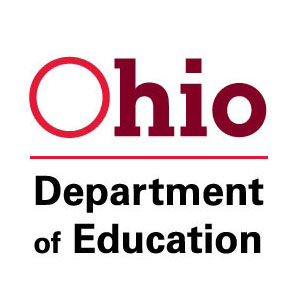