His campaign and the state Republican Party received hundreds of thousands of dollars in campaign donations from collectors as they sought work from the state.

And DeWine involved his former fundraiser and other politically connected people in a process that is supposed to independent from political influence.

Meanwhile, some of the companies bidding for that work made campaign contributions just as hiring decisions were being made. In the two months before DeWine announced his most recent picks for outside debt collectors, the attorneys and debt agencies seeking work poured more than $215,000 into the campaign accounts of DeWine and the Ohio Republican Party.

There also appears to be a nexus between how much debt collectors earn and the size of their contributions, though some collectors did not make any campaign contributions.

Since 2010, the pool of 119 outside attorneys handling debt collection for DeWine, their firms and their close family members contributed $1.38 million to the campaign coffers of Mike DeWine, his son Pat DeWine, who is a First District Court of Appeals judge, and the Ohio GOP.

Records show DeWine has been actively involved in the debt collection process. A review of his calendar shows he has met routinely with debt collection attorneys, vendors and their lobbyists, many of them with close ties to DeWine’s political operation.

In his first 16 months in office, DeWine met four times with Arshinkoff and Spitalieri in his office, lunched with the two men at Spitalieri’s property in Hudson and held a conference call with them, according to DeWine’s work calendar. DeWine said he doesn’t recall meeting that many times with Spitalieri, who he described as a friend and highly successful businessman.

Spitalieri formed CELCO Ltd. on April 11, 2012 — just two days before DeWine’s office put out a request for proposals from collections agencies for the upcoming fiscal year. Three weeks later, CELCO turned in a proposal that acknowledged the company had no experience handling collections accounts.

Nonetheless, CELCO beat out several bigger, more established bidders, including ones that had a national footprint and licensing. 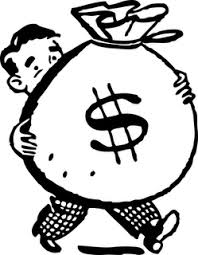