The failed tax-cut scheme that Ohio has pursued for the past decade — with particular zeal by Gov. John Kasich and this Republican-controlled General Assembly — has aggravated income inequality in the state. A new study warns that such inequality is slowing the rate of growth of state tax revenue nationwide by undermining economic expansion, and also is making collection of that revenue more unpredictable.

It isn’t a gang of left-wing radicals sounding this alarm. It’s Standard & Poor’s — one of the major Wall Street agencies that set Ohio’s credit rating.

The findings of the S&P report fairly lead to the conclusion that Ohio’s strategy of making big cuts in the state’s personal and business income taxes while increasing the state sales tax is the wrong policy. The study’s authors find that states that rely most heavily on regressive sales taxes — Ohio isn’t among them, yet — are more likely to experience rising income inequality, lagging economic growth, and thus weaker tax revenue growth.

In Ohio, a separate recent study by the Institute on Taxation and Economic Policy reported that the state’s tax changes since 2005 are giving the richest 1 percent of taxpayers — those with average annual incomes of more than $1 million — a typical tax cut of $20,000 a year.

That’s a greater tax cut, as a share of the 1 percent’s income, than for any other income group. By contrast, the bottom 60 percent of Ohio households, which make $54,000 a year or less, are paying higher state taxes than they would have without the changes, the study concludes.

The Standard & Poor’s report suggests that “through a progressive tax structure, it’s possible to counteract much of the depressing effect inequality has had on tax revenue growth rates.” But Ohio’s tax shift since 2005 has made the state’s tax structure less progressive.

The study also notes that when tax revenues are more volatile, sticking to a state budget gets harder. Because Ohio stretches its budget over two years, such potential instability is another reason for concern about the growth of income inequality.

In the remaining weeks of this year’s general-election campaign, voters need to call on Governor Kasich and allied lawmakers to explain why it’s been a good idea to cut taxes for the wealthiest Ohioans while raising state taxes overall for most families. Statehouse elected officials should explain why such unbalanced tax relief has justified big cuts in aid to schools and local governments as well as vital state services.

They should explain why Ohio has lost, not gained, jobs since the tax shift started taking effect. The nation overall has recovered the number of jobs it lost during the Great Recession. Ohio has not.

Above all, the state’s elected officials should explain why more of the same tax policy would be good for Ohio. And if Ohioans don’t like the answers they hear about income inequality and economic growth— or if they get no answers — they need to vote accordingly. 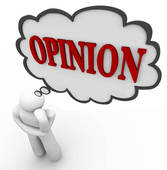