State Rep. Kathleen Clyde (D-Kent) issued a statement in response to a lawsuit brought by a number of eligible 17-year-old voters challenging Ohio Secretary of State Jon Husted’s directive to exclude them from presidential primary voting.

COLUMBUS– Ohio Auditor of State Candidate and State Representative John Patrick Carney (D-Clintonville) released the following statement in response to today’s U.S. Supreme Court order restricting early voting in Ohio: “Every citizen deserves an equal opportunity to exercise his or her right to vote – regardless of race, creed, gender, or wealth. I am deeply […]

Thanks to a decision by Federal Judge Peter Economus, Ohioans will have the opportunity to cast in-person ballots on the last three days before an election. This significant win for Ohio voters was the result of a lawsuit, OFA v. Husted, filed nearly two years ago to protect equal access to the polls during the early voting period. 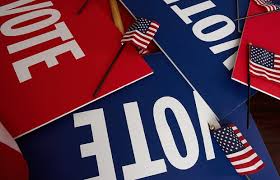