“Three years ago today, Ohioans stood up against Governor Kasich’s policy of helping the wealthy and well-connected at the expense of hardworking Ohioans. Unfortunately, the Governor didn’t learn his lesson. Ohio’s working families are now struggling with increased property and sales taxes, underfunded schools and fewer police and firefighters, so Governor Kasich could cut income taxes for the top one percent. I look forward to working with our friends in labor and working families across the state to ensure that come November, Ohio has a governor who understands it’s his job to work for everyone.”

On June 29, 2011, Ohioans delivered nearly 1.3 million signatures to put Issue 2 on the ballot. They set a new state record, and engineers had to be called in to make sure the building could support the weight. Issue 2 put Governor Kasich’s Senate Bill 5 to a vote, and ultimately defeated the anti-union legislation. 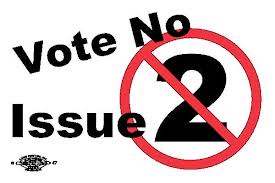