Prosecutors in the upcoming federal trial of Stark County businessman Benjamin Suarez are seeking to introduce evidence that, if allowed, could lead to the issuing of subpoenas to U.S. Rep. Jim Renacci and state Treasurer Josh Mandel.

In a pretrial motion filed this week in U.S. District Court in Cleveland, prosecutors say the evidence will show that Suarez had access to and sought favorable treatment from two “powerful elected officials” leading up to the 2012 general election.

The government’s motion specifically names Renacci, a Republican from Wadsworth, and left no doubt that the other public official is Mandel, a Republican who ran unsuccessfully for the U.S. Senate two years ago.

Both before and after the filing of the California suit, Suarez and Giorgio sought influence and access to public officials — “particularly the 2012 House candidate and 2012 Senate candidate — as a means to short-circuit and ultimately circumvent the litigation,” prosecutors said.

They said that internal SCI documents attempted to conceal Suarez’s request that “the 2012 Senate Candidate use his official position to help end an investigation of SCI” by the consortium of California district attorneys.

There are numerous references in the prosecution motion to the “2012 Senate candidate,” although not specifically naming Mandel.

On May 23, 2011, Mandel sent a letter to California Treasurer Bill Lockyer’s office, asking him to curb potential lawsuits against Suarez’s marketing company, or face a possible lawsuit by Ohio authorities.

In March 2011, Mandel also wrote a letter to Renacci urging him to push for federal legislation limiting damages in cases that allege deceptive advertising and product labeling.

Mandel was present in the Beacon Journal office headquarters in Akron on Monday for a meeting with the newspaper’s editorial board on an unrelated matter. He declined to comment on Giorgio’s plea deal or Suarez’s pending trial.

Page 4: “These documents relate to Defendant Suarez’s’ request that the 2012 Senate Candidate use his official position to help end an investigation of SCI in California conducted by several California district attorneys. (Id. at ¶¶ 24, 26, 103). Ending this legal action would materially enhance SCI’s business position.” 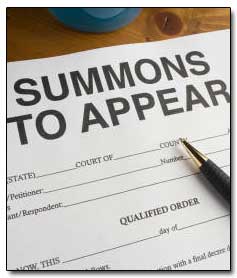