“Today’s decision on the Hobby Lobby case is bad for both women and families across Ohio. Not only does this ruling inappropriately involve a woman’s boss in extremely personal healthcare decisions, but it also hits at the pocketbooks of families who are already struggling to get by. As Governor, I will stand up against John Kasich’s extreme restrictions on women’s healthcare and fight for the health and economic security of Ohio’s working families. John Kasich also needs to tell voters if he supports involving employers in women’s healthcare decisions.”

“Today is a reminder that CEOs and special interests will continue to find ways to take advantage of hardworking Americans and their families. As Governor, I will stand up to efforts like these to chip away at the rights of middle class families, especially the rights of health care and child care workers who dedicate themselves to serving our most vulnerable. Governor Kasich, on the other hand, not only fought to make Ohio an anti-union state, but he also refused to say he won’t try again if reelected. Ohioans can’t risk another four years with the architect of SB 5 in Columbus (with an eye toward Washington).” 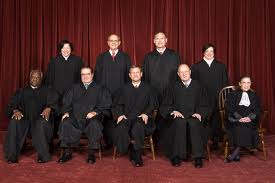