Democratic gubernatorial candidate and Cuyahoga County Executive Ed FitzGerald released a statement on the Senate’s late-night vote to pass SB 310. If Governor Kasich signs the bill into law, he will be “the first governor to turn his back both on renewable energy and energy efficiency standards. About two dozen states have such standards.”

“Today’s vote threatens to move Ohio’s economy backwards. SB 310 is undeniably detrimental for our state’s job growth, working families, and environment. The Governor needs to do all that he can to protect Ohio’s economy and middle class, and veto this bill.”

What People are Saying About SB 310:
Desperate to distract from the issue at hand, the Ohio Republican Party is going on a literal roadshow today – in the hopes Ohioans won’t notice that Ohio’s editorial boards, businesses, environmentalists, and even religious leaders are opposed to Governor Kasich’s position on SB 310….with the exception of the Koch brothers.

Governor Kasich & Senate President Faber on SB 310: “The well-intentioned strategy developed in 2008 to encourage alternative energy generation mandated levels which are now emerging as a challenge to job creation and Ohio’s economic recovery. They are simply unrealistic and will drive up energy costs for job creators and consumers. However, alternative energy sources are an important component of Ohio’s diverse energy portfolio, which is why we’ve rejected the notion of scrapping Ohio’s renewable standards. Instead, by temporarily holding at our current level while problems are ironed out, we keep the progress we’ve made, ensure we steadily grow new energy sources and preserve affordable energy prices for both businesses and consumers.” [Ohio Senate, 5/8/2014]

Ed FitzGerald: “Today’s vote threatens to move Ohio’s economy backwards. SB 310 is undeniably detrimental for our state’s job growth, working families, and environment. The Governor needs to do all that he can to protect Ohio’s economy and middle class, and veto this bill.” [Campaign Statement, 5/8/2014]

What Editorial Boards are saying about SB 310:
Cincinnati Enquirer: State must not derail progress on energy efficiency: “It’s a good idea to study whether the standards can be improved, but freezing them would likely mean their end. What’s more, these regular attempts to undo the mandates increase uncertainty among businesses, which need predictability to confidently make long-term investments. By improving efficiency and increasing the share of renewables in Ohio’s energy portfolio, the state can protect itself from volatility and increase its energy security. The standards are also helping to create jobs and attract investment to Ohio, even as they lower energy usage and costs for many consumers. It’s a strategy that protects Ohioans’ long-term security, health, environment and finances.”

Plain Dealer: The fine print in Senate Bill’s 310’s renewable-energy freeze could cost Ohio dearly: “But the Senate Republican ‘compromise,’ passed 21-12 by Ohio senators after midnight on May 7-8, is more a shell game than a compromise. That’s because the Senate rewrite, or ‘substitute,’ would undercut large investments already made in Ohio solar- and wind-energy developments. And the rewrite would make it difficult — probably impossible — for future Ohio wind- and solar-energy developments to obtain financing.”

What Business Leaders are saying about SB 310:
The Ohio Manufacturers’ Association: SB 310 will increase electricity prices: “OMA energy counsel Kim Bojko of Carpenter Lipps & Leland noted that current law ‘contains some provisions that tilt the state’s regulatory framework in favor of the monopoly electric distribution utilities at the expense of consumers and consumer protection. The result in the ratemaking process is higher electricity prices for consumers and higher profits for the utilities…SB 310 does not address these cost-increasing features of current Ohio law.’ Bojko outlined six OMA recommended areas for improvement of the bill.”

Steve Melink, President of Melink Corp: “The energy age will be one of the great booms of this century, and (the proposal is) running away from it.”

Ron DeLyons, Managing principal and CEO of Creekwood Energy Partners: “A group of local lawmakers is pushing legislation that would all but end Ohio’s energy-efficiency standards. They claim these standards hurt businesses – a claim that is not based on facts. I’m the CEO of Creekwood Energy, a small business Downtown, and I can say for certain those claims aren’t true. Energy-efficiency standards save people money – small businesses included – but even more importantly, open up new segments of the economy that create business opportunities.”

What Ohioans are saying about SB 310:
Frank G. Jackson, Mayor of Cleveland: “I am calling on the Governor and the Ohio House to continue support of strong energy efficiency and renewable energy standards as included in Senate Bill 221 (approved in 2008). These standards have been good for Cleveland’s residents, businesses and our community as a whole. Repealing these standards puts Ohio behind and does not position us for the future. It will harm our clean energy and energy efficient economy and lessen our energy resilience.”

Robert Shields, Chairman of the Ohio Chapter of the Sierra Club: “Passage of SB 310 … is going to put a real hurt on Ohio. It leaves us behind economically. We hope the governor vetoes it outright, but we’re not holding our breath.”

Catholic Conference of Ohio, Letter to the Ohio General Assembly: “We ask you to prayerfully consider if it would be more prudent for the sake of environmental stewardship to maintain our current policies and not freeze these standards while the study takes place.”

What others are saying about:  ENERGY

Plain Dealer: Will it be forward or back? Ohio House Republicans have a choice on SB 310 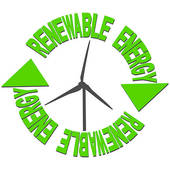