10.08.16 – COLUMBUS, OH — Senator Portman has publicly supported Donald Trump for months, even confirming to the Cincinnati Enquirer last night –– after Trump’s horrific comments were revealed –– that he would stand by Trump as his party’s nominee for president.

By making a gutless, cowardly decision to renounce Trump only now, Senator Portman is accepting all of Trump’s bigoted, racist, sexist and horrifying comments that preceded today –– comments that Portman did not find offensive enough to merit revoking his endorsement.

Here’s a list of 20 things that Rob Portman was fine with Donald Trump saying:

Site Features Voices of Ohioans Condemning Sen. Portman For Refusing
To Do his Job and Even Consider A New Supreme Court Justice

The site features the voices of Ohio residents condemning Senator Portman for his stubborn refusal to even consider a new Supreme Court Justice, and describing what would happen to them if they followed Sen. Portman’s example and refused to do their own jobs in Ohio. The site also allows individuals to add their own names and submissions describing why they disagree with Sen. Portman’s refusal to do his job. Last week, Senator Portman faced protests from Ohioans across the state for his position on this critical issue.

“If working people in Ohio didn’t do their jobs, they’d be fired — but just like the ultimate D.C. insider that he is, Senator Rob Portman apparently thinks the same rules shouldn’t apply to him,” said Ted Strickland. “Instead of prioritizing his broken and dysfunctional Washington politics, Senator Portman should uphold his constitutional responsibilities and at least consider a new Supreme Court nominee. Ohioans from across our state have a very simple message for Senator Portman: stop putting your own partisan politics above your duty to the people of Ohio, the Constitution and to our country — and start doing your job.”

Sen. Portman has also received significant criticism from editorial boards, leaders of the legal community and voters for his refusal to consider a new Supreme Court Justice: 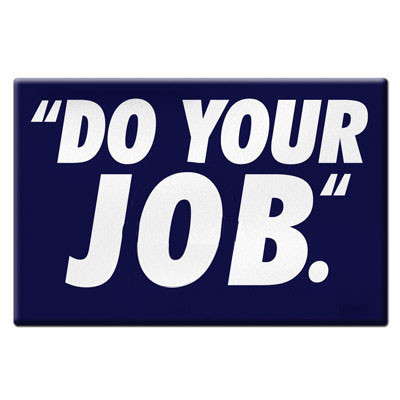