Ohio voters will decide this fall whether noncitizens can vote in local elections. Know what State Issue 2 is about before you vote!

What is State Issue 2?
Ohioans to decide
on noncitizens’ voting rights

Ohio voters will decide this fall whether noncitizens can vote in local elections.

State Issue 2, which would change the state constitution if a majority votes “yes”, proposes that only adult U.S. citizens who legally reside and are registered to vote in Ohio for at least 30 days can cast a ballot in future state and local elections.

In addition, the constitutional amendment could affect the right of 17 year olds who have been permitted to vote as long as they turn 18 before Election Day since 1981. Former Secretary of State Jon Husted, currently Lt. Governor, filed a lawsuit in 2016 to limit 17 year olds from voting for presidential electors. He lost the case.

Backers of the amendment say it’s important to uphold the integrity of citizenship, while opponents argue it’s an unnecessary part of a trend to cut down on voting access.

Can noncitizens currently vote in Ohio?

The Ohio Constitution already states that “every citizen of the United States, of the age of eighteen years… and has been registered to vote for thirty days… is entitled to vote at all elections.” Federal law also prohibits noncitizens from voting in federal elections.

But in 1917, the Ohio Supreme Court ruled that the state constitution’s “home rule” – which gives cities the ultimate say over its own local affairs – allowed municipalities to expand voting rights in city elections. Back then, that meant a city could allow women to cast votes in local elections even though the right to vote was generally reserved for men.

What spurred this ballot issue was when the village of Yellow Springs in 2019 voted to allow noncitizens to cast ballots in local elections, but Ohio Secretary of State Frank LaRose ordered officials to table the measure. No noncitizens in Yellow Springs have registered to vote since then.

State Issue 2 would make clear that a city’s home rule does not override the requirement that only adult U.S. citizens can vote.

There have been a few instances where noncitizens allegedly registered to vote in Ohio, for which LaRose sent criminal referrals. Noncitizens who don’t cancel their registration after a second notice can face felony charges.

Critics of Issue 2 point to a technicality in the way the amendment is written. Issue 2 swaps out a word that opponents said could threaten lawmakers’ 2016 adoption of a statute guaranteeing the right to vote to 17-year-olds who turn 18 by the general election, said Steven Steinglass, dean emeritus at Cleveland-Marshall College of Law.

The Ohio Constitution says “every citizen … who is 18” and registered to vote 30 days before the election is eligible. That language, Steinglass said, does not explicitly bar those younger than 18 from voting – a loophole that cleared the way for Ohio lawmakers to enfranchise some 17-year-olds via statute.

But if Issue 2 is ratified and Ohio law adopts the “only a citizen … who is 18” language, Steinglass and Rep. Mike Skindell (D-Lakewood) said it could nix the statutory law extending voting rights to some 17-year-olds by putting those rights at odds with the Ohio Constitution.

Steinglass said his same concern applies to Ohio’s voter registration deadlines, which require voters to register at least 30 days before the election.

The proposed constitutional amendment was put on the ballot by Republican lawmakers who say it’s common sense that only citizens are allowed to vote, and therefore, any loopholes that could allow otherwise should be changed.

“This is about the integrity of our elections. We are being proactive to ensure our election laws are clear and unambiguous,” said state Rep. Jay Edwards, R-Nelsonville, who sponsored the amendment alongside House Majority Leader Bill Seitz, R-Cincinnati.

LaRose has also expressed support and noted that letting noncitizens vote could create additional administrative burdens. He and others have pointed to how Democratic-controlled cities in other states, particularly New York City, have passed measures letting legal permanent residents vote locally.

“American elections are only for American citizens, and the cities in other states that have granted noncitizens the right to vote in local elections are undermining the value of what it means to be an American,” LaRose previously said.

Yellow Springs officials argue that there are legitimate reasons to let noncitizens vote in municipal elections, adding that its county board of elections is able to handle different ballots for noncitizens.

“These active and engaged community members pay taxes, own businesses, have children who attend ourschools; they are part of the fabric of communities,” village council president Brian Housh told lawmakers. “Allowing these residents to vote on local issues enhances democracy by effectively providing a voice to those with a vested interest in their communities.”

Opponents say language in the Ohio Constitution already addresses who can vote. The ballot issue is merely addressing a voter base who believes in unsubstantiated claims of widespread voter fraud, and it targets negative rhetoric at immigrant communities, said the Ohio Environmental Council Action Fund.

They claim the amendment could restrict a 17-year-old Ohioan’s right to vote in a primary if they turn 18 by the general election. LaRose disputed that, noting the amendment is not much different from current constitutional language.

Noncitizen voters are not a new phenomenon. Many states have allowed noncitizens to vote in at least some elections at some point, according to historians, and the federal law outlawing noncitizen voting was enacted only in 1996.

In recent years, debate has intensified on both sides about letting noncitizens vote in some elections. Colorado, Florida and Alabama approved ballot measures in 2020 clarifying that only U.S. citizens can vote. On the other hand, multiple cities in Vermont, Maryland, Maine and other states have passed or are considering measures to let noncitizens vote in certain local elections.

Titus Wu is a reporter for the USA TODAY Network Ohio Bureau, which serves the Columbus Dispatch, Cincinnati Enquirer, Akron Beacon Journal and 18 other affiliated news organizations across Ohio.

The ballot amendment was originally created to prohibit local governments from allowing non-citizens, or non-electors, to vote. Its language might impact young people who turn 18 in the month before an election. 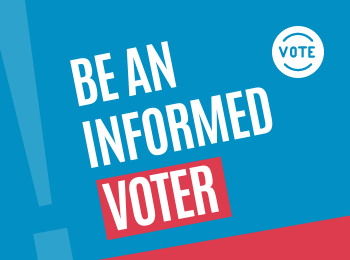